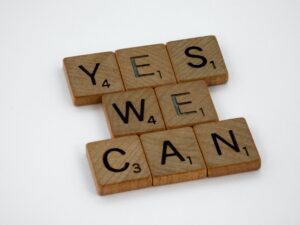 Ebunola Anozie has heard scary travails of cancer patients. She has also heard the encouraging tales of breast cancer survivors. As the world marks the Cancer Day today, Mrs. Anozie will be busy working out ways to beat this disease, which she has been helping people fight for years.

For this amazon, who runs the Care. Organisation. Public. Enlightenment (C.O.P.E.), a breast cancer awareness network, government at all levels, as well as the private sector must pay more attention to reducing the incidence of cancer and helping patients to become survivors and not victims.

Her worry becomes meaningful, considering the scary statistics of cases. About 70 per cent of all cancer deaths occur in low and middle income countries, which include Nigeria. Cancer is a leading cause of death worldwide, accounting for 7.6 million deaths yearly. The statistics have been projected to rise to over 13.1 million in 2030.

The World Health Organisation (WHO), which released these statistics, has been unrelenting in reversing the trend, in collaboration with local bodies, some of which are Non-Governmental Organisations (NGOs). Others are profit-making organisations desirous of contributing to ending the scourge.

One of such corporate entities is Skye Bank Plc, which has worked with Mrs. Anozie over the years to create public awareness about the disease. The bank, in collaboration with C.O.P.E Foundation, is drawing public awareness to the menace of breast cancer. It has partnered with the NGO to get women come out for free breast cancer screening. The belief is that the public can learn more about the causes of cancer, its prevention, control and treatment, through sensitisation

Describing cancer as one of the leading causes of death, especially in developing countries where there are inadequate medical care and lack of awareness about the deadly disease, the bank’s Group Managing Director/Chief Executive Officer, Mr. Timothy Oguntayo, said there was need for the government and the private sector to join hands against the scourge of cancer.

Oguntayo said: “At Skye Bank, we have taken up the challenge of working in concert with other publicly spirited organisations and philanthropists not only to promote awareness about the scourge but also to facilitate screening, early detection and effective care for those afflicted.

“Our concern and desire to stem the growing incidence of the scourge date back to several years ago when we partnered with some non-governmental organisations (NGOs) to call attention to the threat posed by the disease.

“It was in furtherance of our commitment towards contributing to the fight against the high incidence of cancer, especially breast cancer, that we partnered with an NGO known as Care Organisation Public Enlightenment (C.O.P.E.) Foundation, under our Corporate Social Responsibility (CSR) initiatives, by donating two breast cancer screening machines to it to facilitate screening and early detection of the disease.”

The C.O.P.E. promoter believes there is need for the establishment of cancer care centres in the country where specialists will treat patients and survivors. She hailed Skye Bank for sponsoring over 30 indigent cancer patients for treatment, in addition to providing free screening programmes for over 10,000 women within and outside Lagos. Mrs. Anozie said: “The 2016 World Cancer Day’s theme is ‘We Can. I Can’ and this is aimed at exploring how everyone – as a collective or as individuals – can do their part to reduce the global burden of cancer. Just as cancer affects everyone in different ways, all people have the power to take various actions to reduce the impact that cancer has on individuals, families and communities.

“Unfortunately, we have noticed the prevalence of breast cancer in younger women and late presentation is still on the increase. Women should please avail themselves of the opportunity to free screening because early detection and treatment is safer and cheaper,” she said.

Cancer experts affirm that death arising from cancer can be avoided in low- and middle income countries if action is taken, bearing in mind that we have well over 100 types of cancer cases worldwide.

The C.O.P.E. Foundation chairperson thanked Skye Bank for taking up the challenge to support it in spearheading the fight against cancer. According to her, Skye Bank has made available free breast cancer screening to over 10,000 women during the World Cancer Day week and many more thereafter through the provision of a multi-million naira mobile and stationary cancer screening equipment. Also, the bank, last year, sponsored a 10-kilometre walk in two different locations within the Lagos metropolis with over 2,500 participants to draw the attention of the public to the deadly cancer scourge. It acquired two cancer screening machines for the foundation to help in early detection of the disease as well as facilitating effective treatment when diagnosed of the disease.

In a paper published by the International Network for Cancer Treatment and Research, Prof. Muheez Durosinmi of the Department of Haematology and Immunology, Obafemi Awolowo University Teaching Hospital (OAUTH), Ile-Ife, Osun State, identified high cost of hospital care as the major factor against cancer treatment.

His words: “The major limiting factors to successful treatment of cancer in Nigeria are the high cost of hospital care and the inability of a majority of the patients to obtain chemotherapy, poor supportive facilities and a high default rate.

“The unhealthy state of cancer therapy in this country is best illustrated with reference to our experience with the management of 213 patients with Burkitt’s lymphoma over a period of 13 years. Over 75 per cent of patients presented in advanced stages C or D; 132 (62 per cent) of the patients received less than the recommended number of cycles of chemotherapy before voluntary discharge from the hospital and, 41 (31 per cent) of these did not complete a single chemotherapy cycle.

“The default rate was unacceptably high, with 166 patients (77.9 per cent) failing to return for outpatient visits after a median follow-up period of 2.3 months (range = 0, 67 months).

“A five-year survival rate of only 1.9 per cent was obtained, compared to almost 50 per cent reported in East Africa, using a similar combination therapy – cyclophosphamide, oncovin and methotrexate (COM).

“Our experience with Burkitt’s lymphoma is similar to that of most other cancers, in that a large majority of patients present very late and are unable to purchase anti-cancer drugs.”

It is been different tales from cancer survivors. One told The Nation that she lost her hair, was generally weak, felt nauseated and lost appetite as a result of chemotherapy. Another said she was almost unconscious and had to take the last two doses with blood transfusion. Yet, another one claimed: “My skin darkened, my face was puffed up and swollen and my eye lashes disappeared.”

But, they all agreed that it is better to experience withered hair and all and stay alive than run away and die a harrowing death. After treatment, they all regained the lost hairs, and puffed up faces and eye lashes that disappeared returned to normal. They have since been living normal lives.

There is also the problem of denial. When cancer is first diagnosed, not a few first engage in self-denial, looking for reasons why it could not be.

Rahama Sani, a cancer survivor and social worker, said she faced this challenge and even latched on to a typographical error in her name to back her position that it could not be her. Sani identified lack of access to diagnostic facilities as a major barrier to cancer detection and treatment, a development which, she believes, is capable of promoting wrong diagnosis. According to her, the first three investigations she did failed to show she had cancer.

“When I got the result, I said it was not my own because there was a typographical error in my name. But, when I went to see the pathologist, he confirmed it was mine. I said we should have a second opinion. This was done by a renowned pathologist in Amadu Bello University Teaching Hospital (ABUTH), Dr. Rafindadi. I went to see him in Zaria and they did the test again and he confirmed the same result. I was so confused. But, he counselled me,” Sani said.

All these barriers are compounded by the fact that Nigeria is a developing country with less than 10 per cent of the resources for global cancer control and care. In the WHO’s Technical Report No. 804 of 1990, it was reported that over 50 per cent of cancer victims live in poor nations like Nigeria, where a projection, done some years back, feared that this year, the figure of new cases could be as high as 500,000 as against the 100,000 cases annually previously.

A statement by WHO said: “Of the 10 million cancer cases occurring annually, one third can be prevented, another one third can be effectively treated with early diagnosis, and palliative care can improve the quality of life of the last third.”

But, with a pharmaceutical industry that is at best crawling, it has to depend on the developed world for drugs for cancer treatment. The WHO’s finding shows that the third world countries consume only five per cent of cytotoxic drugs, while the rest is sold in the richer nations which account for only 39 per cent of cancer cases.

Also disturbing is the fact that Nigeria, with a population of over 140 million people, has less than 100 practicing oncologists. The country also has no medical facility, specialising exclusively in cancer treatment.

Another barrier is the fear of chemotherapy. This has pushed many to rely on alternative medicine products.